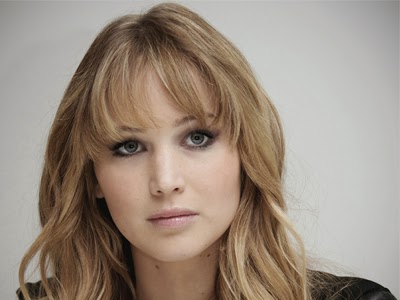 The 24-year-old says that photographers make her anxious every time she goes out.

"I knew the paparazzi were going to be a reality in my life," she said.

"But I didn't know that I would feel anxiety every time I open my front door, or that being chased by 10 men you don't know, or being surrounded, feels invasive and makes me feel scared and gets my adrenaline going every day."

Lawrence - who had personal photos hacked and then leaked online earlier this year - is lobbying for people to be protected against the sharing of such images.

"If somebody jumps my fence and takes a picture through my window of me naked, that's illegal, but the photos can still be everywhere the next day, and that makes no sense," she said.

Meanwhile, the star previously slammed the photo hack, calling it a "sex crime".

"It is not a scandal. It is a sex crime. It is a sexual violation. It's disgusting. The law needs to be changed, and we need to change."

"Just because I'm a public figure, just because I'm an actress, does not mean that I asked for this. It does not mean that it comes with the territory. It's my body, and it should be my choice, and the fact that it is not my choice is absolutely disgusting. I can't believe that we even live in that kind of world," she said.
Posted by Kingfreak at 11/19/2014 10:22:00 AM No comments:

Celebrity photo agency Splash have paid a five-figure settlement after singer songwriter Adele Adkins took them to court for photographing and distributing images of her two-year-old son Angelo whilst on his first family outing and his first trip to play group in June and November 2013.

Here’s the ‘Statement In Open Court’:

SOLICITOR FOR THE CLAIMANT
My Lord, in this action I appear on behalf of the claimant, Angelo Adkins. His parents, Adele Adkins and Simon Konecki, have taken legal action on his behalf against Corbis Images UK Limited trading as Splash News and Picture Agency. Corbis Images UK is a well-known photographic agency which carries on the business of procuring and acquiring photographs of well-known individuals and their families, including from paparazzi photographers, which it then sells, licences or syndicates onto the media, or otherwise exploits or distributes for commercial gain.

As a world famous singer and songwriter, Adele accepts and even embraces her public profile. She is extremely grateful to the public and press for their support in helping her achieve international acclaim.

But she is emphatic that her two-year-old son Angelo is not, and must never be, “public property”. It is a matter of profound sadness that many of his milestone moments, such as his first family outing and his first trip to play group, were photographed and published worldwide expressly against his family’s wishes. Adele and Simon never encourage such photos. Quite the opposite.

This lawsuit concerns certain photos of Angelo with Adele which Corbis Images UK made available for publication in the English press. The parents’ view is that these images were of routine, everyday family occasions which the paparazzi has no right to intrude upon, profit from and file away in picture libraries for future reference and use.

Adele and Simon are pleased this matter has been resolved. They continue to do all they can to protect Angelo’s rights in relation to the paparazzi, including taking legal action where necessary. They will be holding the damages on trust on behalf of the Claimant for this purpose. They will also continue efforts to improve the laws relating to paparazzi and children generally, building on the successful campaign Adele helped fund in California resulting in far stricter harassment laws.

Jenny Afia, Partner at Schillings, comments: “Being in the public eye doesn’t mean your children are public property. Our laws provide full protection against the paparazzi and more parents should make use of them. These images were taken during private, recreational time unconnected with professional or public engagements. They represent a clear infringement of our client’s right to privacy. As this case shows, taking photos can be as intrusive as publishing them. This case also emphasises a dividing line between celebrities who strive to keep their children out of the spotlight and those who make them part of their brand. The children of famous parents are not celebrities. The law can, will and should protect them.”

A photographer claims he was attacked with a box cutter when trying to take pictures of a Lana Del Rey video shoot.

In a lawsuit that will be filed later this week, Karl Larsen - a well-known concert photographer who regularly works for Rolling Stone magazine - that he stumbled across the singer shooting a video for 'Tropico' on the Los Angeles river by chance last June, but was confronted by three members of the production team when he started taking pictures.

According to gossip website TMZ, Larsen says in the documents that the men ordered him to stop shooting, but when he insisted he was within his rights to do so, one of them threatened to smash his camera, which is worth $14,000, and another tried to rip it from his hand.

He goes on to claim that one man then slashed his finger with a box cutter razor, cutting deep enough for him to require stitches, and another guy grabbed the camera and erased his memory card.

The photographer is seeking a minimum of $1 million in compensation against production company Black Hand Cinema, claiming they have a habit of intimidating photographers.

Representatives for both Lana and the production company have not yet commented on the allegations.